Jens Hennig is responsible for GAMA’s activities for safety, security and operations. He is the association’s primary staff person on Air Traffic Control modernization and issues affecting manufacturer flight operations.

Jens’ engagement in policy and rulemaking committees covers a range of topics including ADS-B rule development and implementation, landing and takeoff performance standards, and rulemaking cost analysis. He chaired FAA’s airman training and testing standards rulemaking committee which developed the new framework for pilot training in the United States and also managed the agency’s review of the Part 135/125 regulations. He promotes the General Aviation Joint Steering Committee as an essential body to advance GA safety based on data- driven, systematic processes, and serves as co-chair of its Safety Analysis Team.

He has been a member of the European Aviation Safety Agency’s (EASA) Flight Standards subcommittee since its formation, focusing on the agency’s extension of scope and the establishment of a safety agreement between the European Union and the United States. He served as chair of EASA’s Operational Suitability Data rulemaking group for type design changes and was a member of the committee that developed the regulatory amendment for operation of single engine airplanes in commercial service as well as rulemaking tasks focused on surveillance and data link services. Previously Jens served as the GA manufacturing industry’s representative on the JAA Operations Sectorial Team.

Jens has served on the RTCA Advisory Board since 2019.

Having joined GAMA in 2003 as Manager of Operations after a stint as manager of flight operations for contract training at Embry Riddle, Jens has advanced to Vice President, Operations. Originally from Örnsköldsvik, Sweden, he holds a Bachelor of Science with honors in Aerospace Engineering from Embry Riddle Aeronautical University and Master of Business Administration in Aviation. 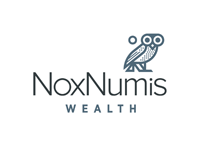