The Center for Economic Development and Business Research, with funding from the Kansas Health Foundation , forecasted population growth for the regions in Kansas by race, ethnic group, age, and gender over the fifty year period from 2016 to 2066. These projections were forecast utilizing statewide and regional population, birth, mortality and migration data by race, ethnic group, age, and gender. The total Kansas population is projected to grow by more than 700,000 people from 2016 to 2066, growing 25.1 percent in total, to 3.63 million residents by 2066. Population growth is expected to be concentrated in the urban areas of the state, and there is expected to be substantial variation in population growth along the lines of both age and race within the state. 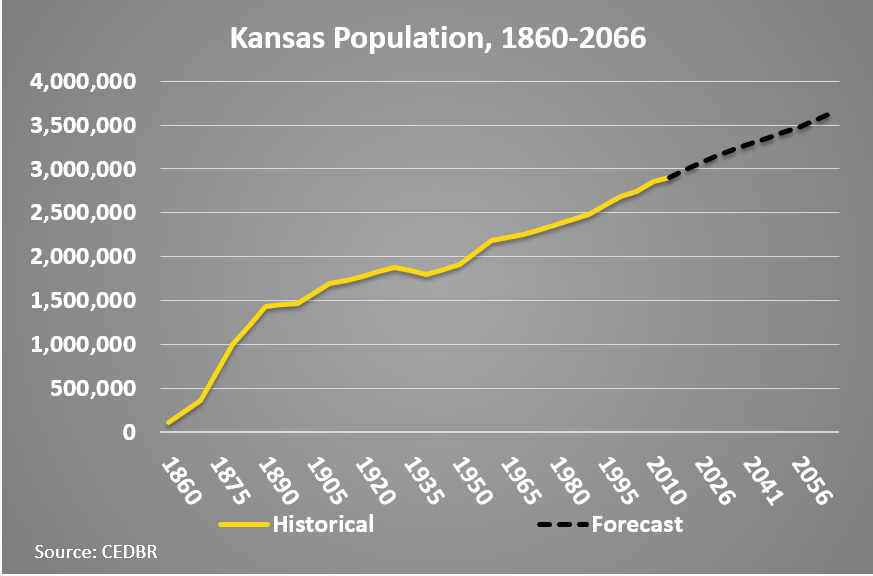