Concentration of Veterinarian Occupations in Wichita is Above National Average 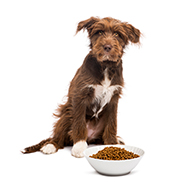 Veterinary employment in the Wichita metropolitan area accounts for a small fraction of the local labor force, approximately 590 workers.  However, they provide valuable services to the community.

In the Wichita metropolitan area, employment in veterinary occupations has grown significantly between 2008 and 2013. The concentration of these occupations in the Wichita area is well above the national average.