Craig began his public service career in a consulting role where he performed strategic plans and trainings for public agencies in the state of Kansas. As a Project Coordinator at Wichita State University’s Public Policy and Management Center, his job was to collaborate with stakeholders to develop solutions that address complex issues. After obtaining a master’s in public administration (MPA ’18) with concentration in city management, he began serving the City of Goddard as the Assistant City Administrator. In this role he served as second in command at City Hall and had the opportunity to lead operations in various departments. In 2019, he was called to Sterling to serve the neighbors in the capacity of City Manager. Craig also serves as an Adjunct Instructor for Fort Hays State University where he leads government-related courses. 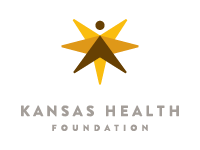