From March 2016 to March 2017, Kansas employment has increased by 0.2 percent, an increase of approximately 2,200 jobs.  In 2017, Kansas total nonfarm employment is forecast to increase by 7,049 jobs, with an anticipated growth rate of 0.5 percent.  This is expected to be slightly lower than Kansas’ average employment growth rate over the past five years, which has been 1 percent. 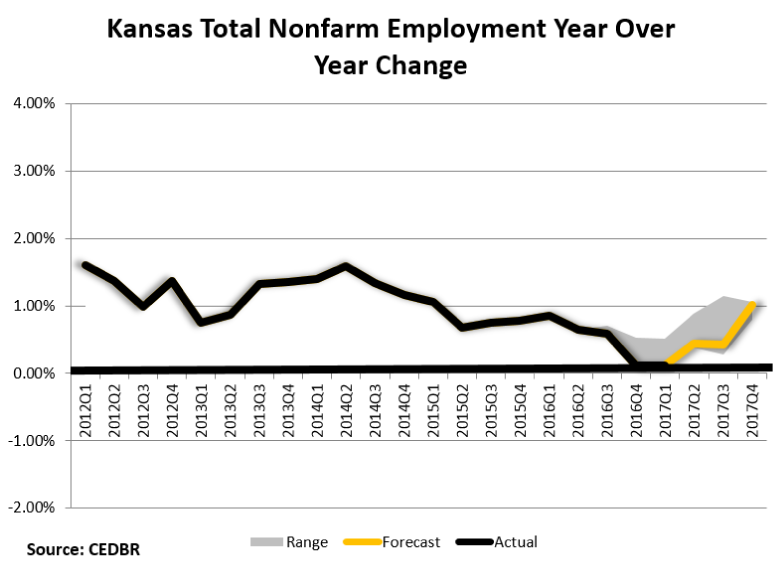