From July 2016 to July 2017, Kansas employment has declined by 0.8 percent, a decrease of approximately 10,800 jobs.  In 2018, Kansas total nonfarm employment is projected to increase by 0.1 percent, adding approximately 1,500 jobs, with a range of expected growth between negative 0.3 percent and positive 0.5 percent.  Growth is expected to be lower than Kansas’ average employment growth rate over the last five years, which has been 1 percent. 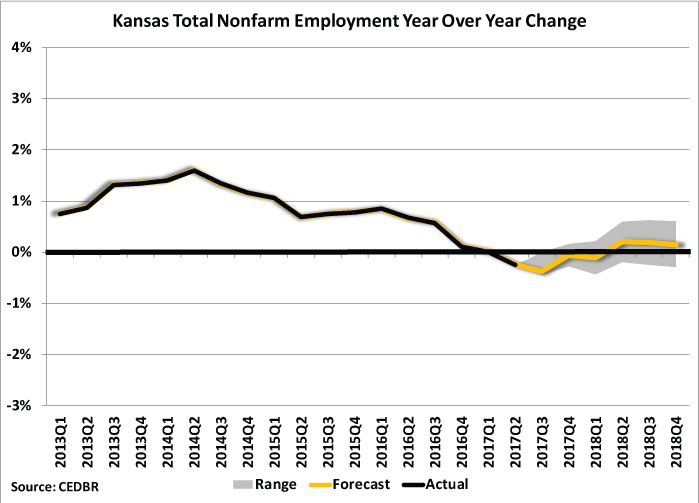