From October 2016 to October 2017, Kansas employment has declined by 0.4 percent, a decrease of approximately 5,200 jobs.  In 2018, Kansas total nonfarm employment is projected to increase by 0.1 percent, adding approximately 2,000 jobs, with a range of expected growth between negative 0.2 percent and positive 0.5 percent.  Growth is expected to be lower than Kansas’ average employment growth rate over the last five years, which has been 1 percent.

The Topeka, Kansas City, and Wichita metropolitan areas are all expected to grow at rates faster than the state average in 2018, with a combined average growth rate of 0.9 percent.  Excluding these three MSAs, the remainder of the state is forecast to experience an employment decline of approximately 1.1 percent, in part due to declines in some core sectors, such as mining and agriculture. 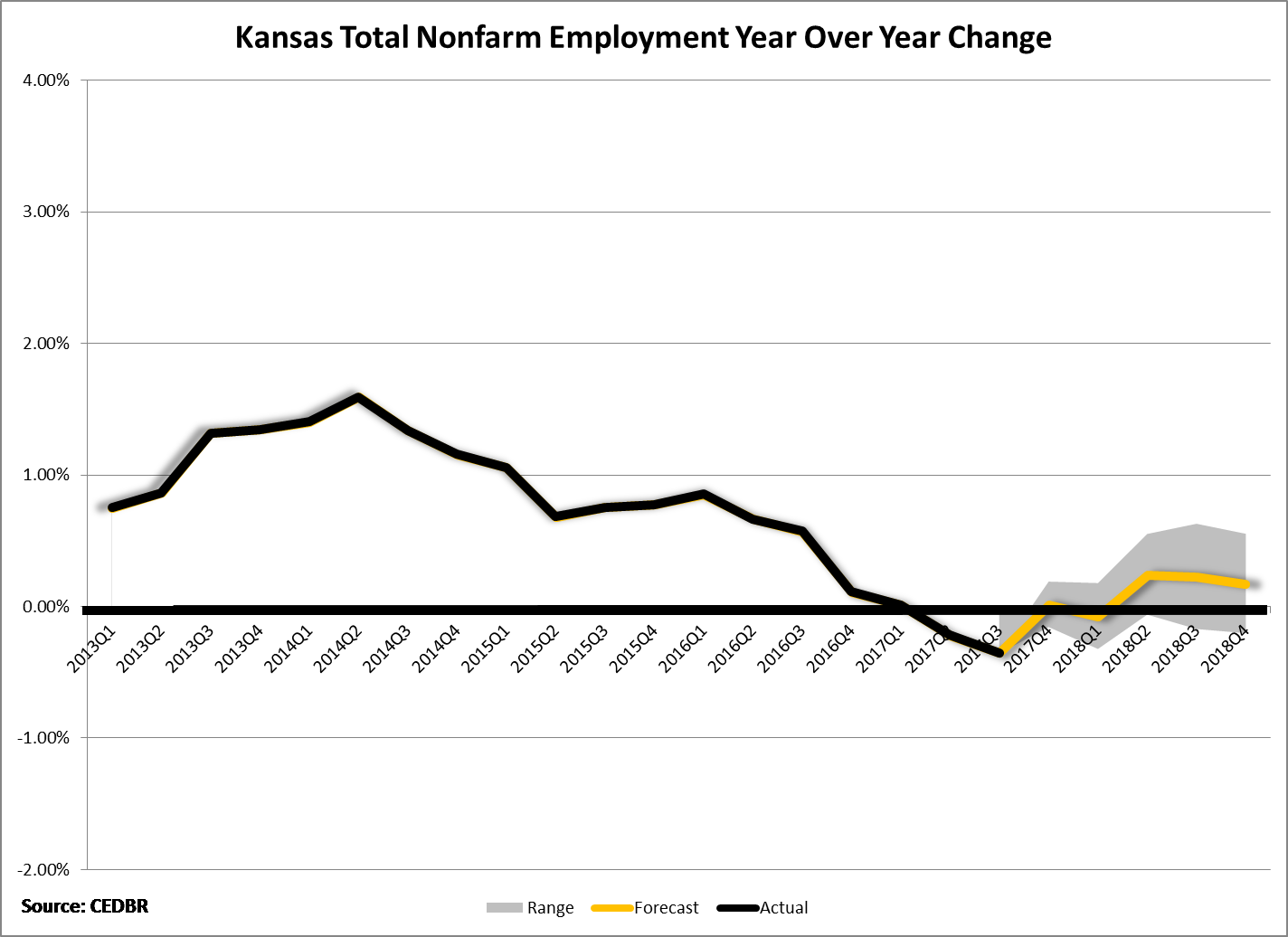