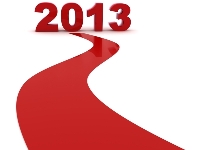 To read the complete 2013 economic outlook for Kansas, click here.