In 2017, total non-farm employment in the Wichita metropolitan area contracted by 0.9 percent, a decline of 2,500 jobs.  In 2018, Wichita employment is forecast to increase by approximately 1,200 jobs, growing 0.4 percent, with an expected growth range between 0.2 percent and 0.6 percent. While this is expected to be higher than Wichita’s 2017 employment growth, it is still projected to be lower than growth in the area from 2012 to 2016, which averaged 0.8 percent.

Nationally, real GDP grew 2.3 percent in 2017, which was primarily driven by increases in personal consumption expenditures and private investment.  National employment increased by 1.6 percent in 2017. 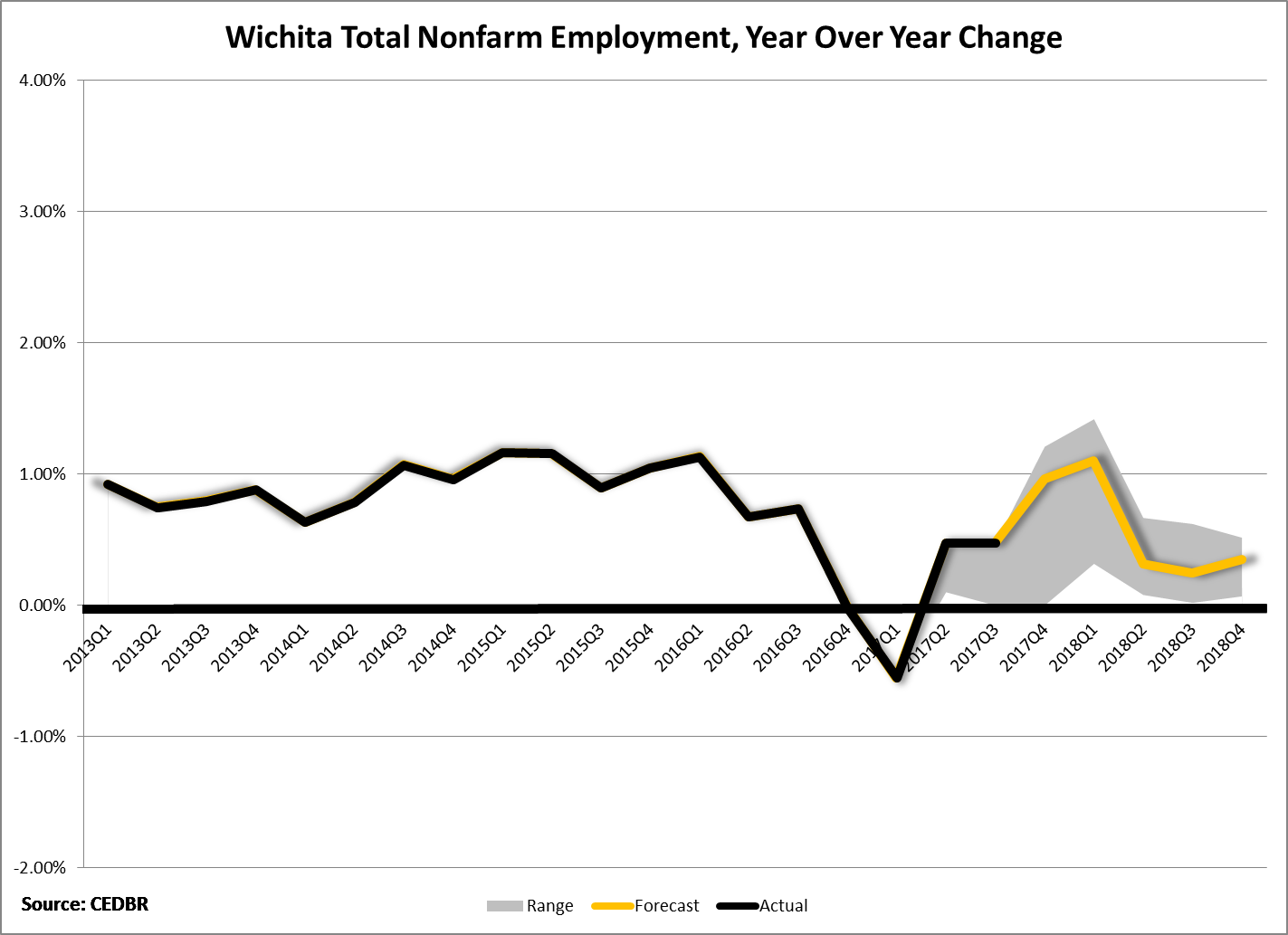