Total nonfarm employment in the Wichita metropolitan area* increased by approximately 2,100 workers from October 2017 to October 2018, a 0.8 percent expansion of the workforce. This marked a return to the level of growth experienced in the Wichita area from 2012 to 2016, after experiencing a contraction in overall employment in 2017. Wichita’s unemployment rate declined throughout 2018 to a low of 3.5 percent in October 2018, the lowest unemployment rate for the area since 1999. 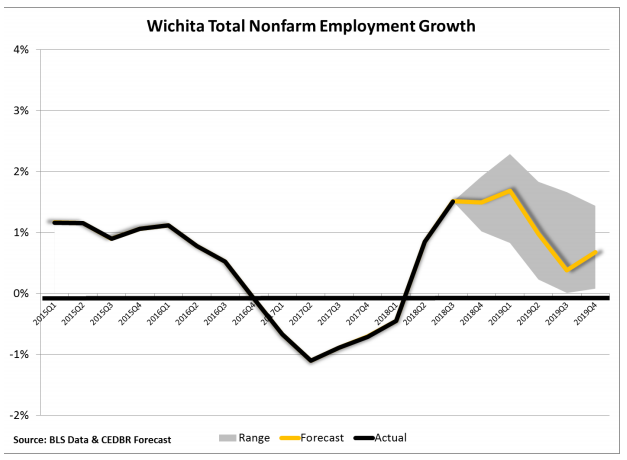