Total nonfarm employment in the Kansas City, MO-KS, metropolitan area* grew by 1.6 percent in 2017, adding more than 16,500 new workers to bring the employed workforce in the area to 1.08 million employees.   This follows several years of strong employment growth for the metropolitan area, which has averaged 18,200 new jobs each year from 2012 to 2017.  Over that time Kansas City’s overall employment has grown more quickly than both the Missouri and Kansas state averages. Unemployment declined to 3.8 percent of the Kansas City labor force in 2017, a drop of 0.5 percentage points from 2016.

Growth in services in recent years has primarily been driven by growth in the professional and business services subsector and the education and health services sector, which have added a combined average of new 8,500 workers annually to the Kansas City economy from 2010 to 2017.The only service subsector to lose jobs over that period was the information services subsector, which has declined by more than 10,000 workers since 2010 in the Kansas City area. 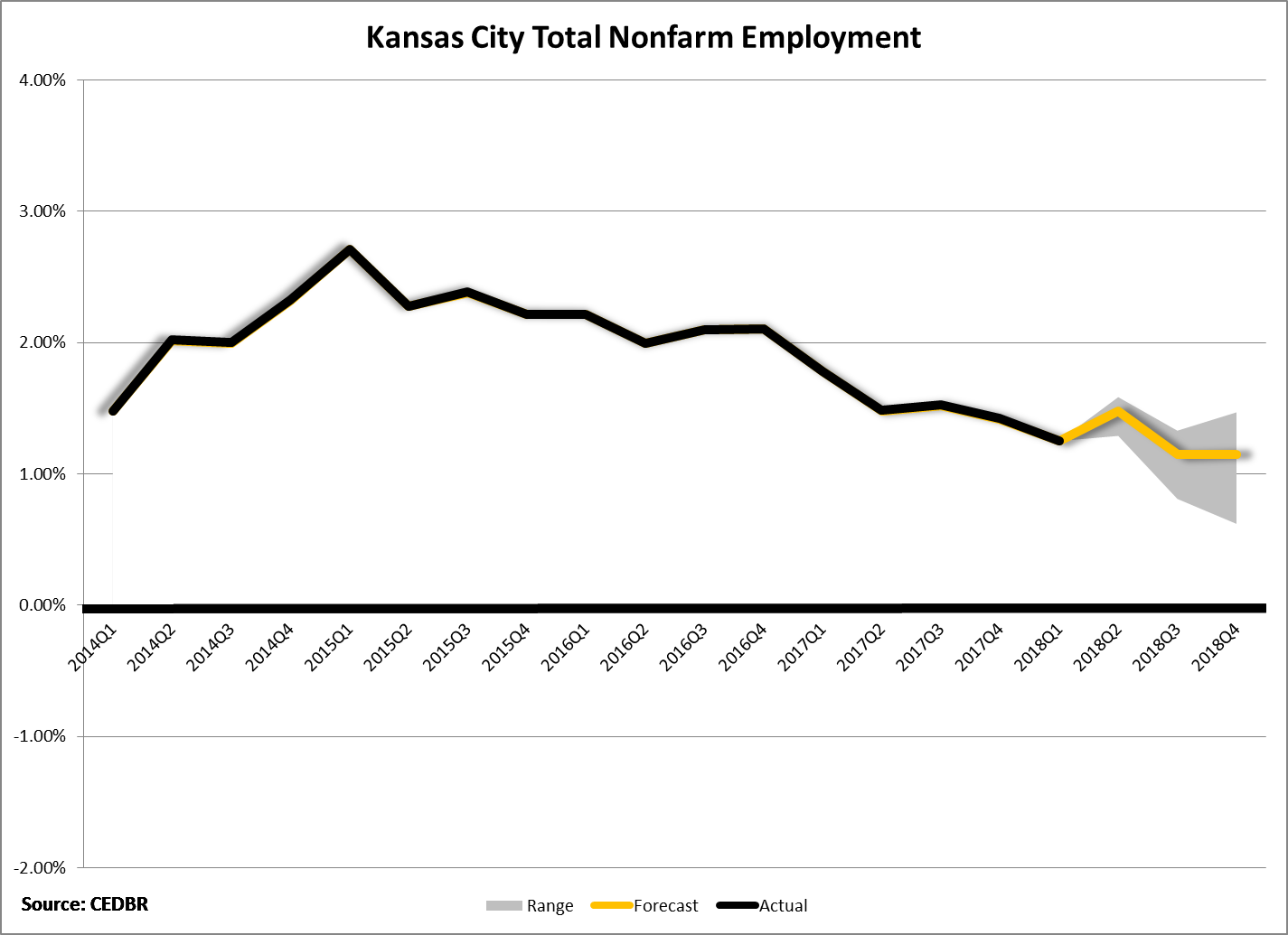