For 2019, Topeka employment is projected to grow 0.6 percent and add more than 600 new workers, with growth largely concentrated in the service sector. 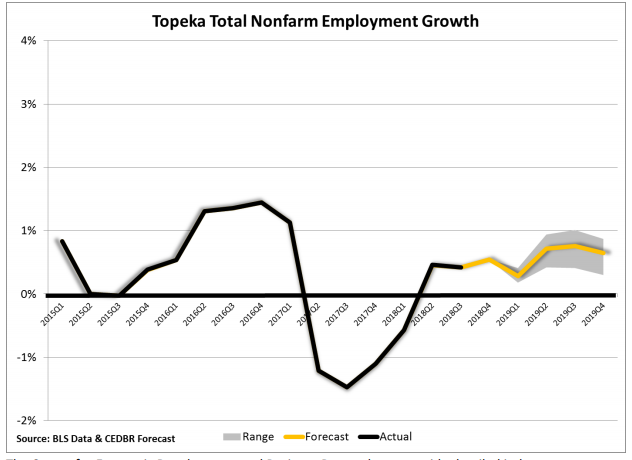